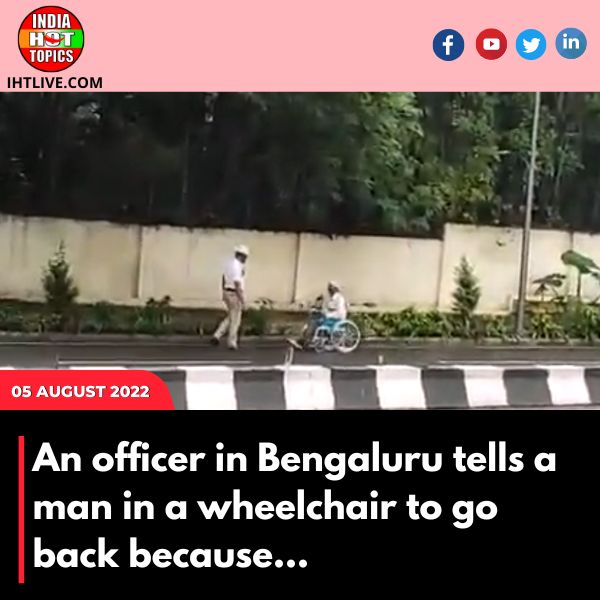 An officer in Bengaluru tells a man in a wheelchair to go back because...

In a video that has gone viral online, a traffic cop in Bengaluru seems to be ordering a man in a wheelchair to turn around and go the way he came. According to reports, the incident happened before union home minister Amit Shah travelled that way.

The video cannot be independently verified by Hindustan Times.

However, the video has sparked a discussion about VVIP culture.

Upon posting the video, one user wrote: "VVIP lifestyle! Traffic police asked a man in a wheelchair to turn around because the Amit Shah convoy would be passing by that road. Karnataka's Bengaluru."

However, some people disagreed. One user wrote: "I have a sincere query. Politics aside, who is responsible for this?" another added, "The convoy travels at a high rate of speed, assuming that the roads are clear. Do you want cars to hit that poor man?"

"Seems like even a cycle in left most lane is not safe," one person responded in response.

The same day, he took a flight back to Delhi.

Amit Shah reportedly spoke with BJP officials about the murder of Praveen Nettaru, a youth activist for the party, and the ensuing resentment among party members during his visit.