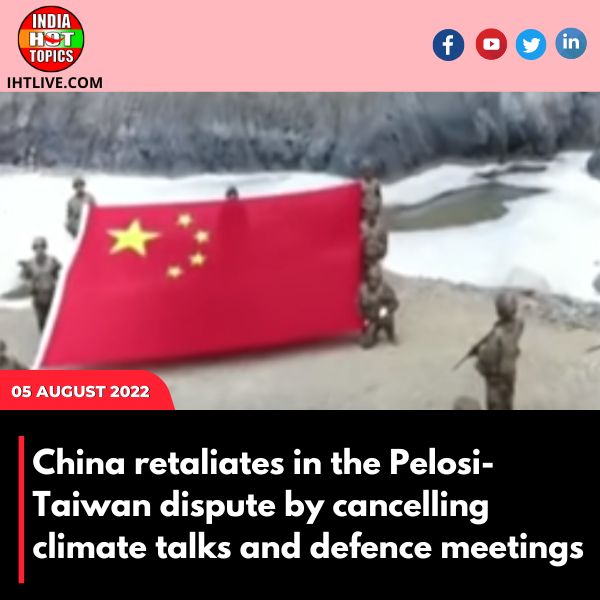 Following US House Speaker Nancy Pelosi's visit to Taiwan this week, China announced on Friday that it was cancelling several defence meetings and postponing crucial climate talks with the US.

The foreign ministry cited Pelosi's "disregard of China's strong opposition and stern representations" on the Taiwan visit in saying that Beijing will "suspend the China-US climate change talks" and scrap plans for a call between military leaders as well as two security meetings.

At the COP26 summit in Glasgow last year, China and the United States, the two countries with the highest carbon emissions, unveiled a surprise climate pact.

They agreed to cooperate in order to advance climate action this decade and made a commitment to regularly convene in order to "address the climate crisis."

China has vowed to one day annexe democratic, self-governing Taiwan and has even threatened to use force if necessary to do so.

Beijing responded to Pelosi's visit, which it views as an unacceptable escalation of ties between Washington and Taiwan's current pro-independence leaders, with bombastic threats and military exercises before, during, and after.

It had previously stated that Pelosi and her family would face unnamed sanctions.