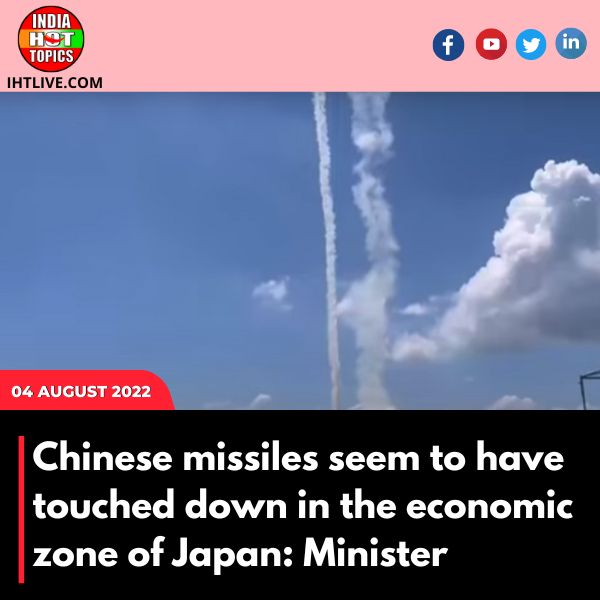 Chinese missiles seem to have touched down in the economic zone of Japan: Minister

Five ballistic missiles believed to have been launched by China, according to Japan's defence minister Nobuo Kishi, landed in that nation's exclusive economic zone on Thursday (EEZ). This was a first, according to Kishi, and Japan had expressed its displeasure through diplomatic channels. Kishi called the situation "a serious problem that affects our national security and the safety of our citizens."

Five of the nine ballistic missiles China launched are thought to have landed inside of Japan's Exclusive Economic Zone, the minister told reporters. In spite of stern warnings from Beijing, the development comes as China conducts extensive military exercises in the waters near Taiwan after Speaker of the US House of Representatives Nancy Pelosi's visit.

China has promised to someday annex Taiwan as part of its territory, using force if necessary.

According to Kishi, the Japanese side estimated that nine missiles were fired. Taiwan is close to Okinawa, the southernmost island of Japan.

Beyond Japan's territorial waters, the EEZ stretches up to 200 nautical miles from its coast.