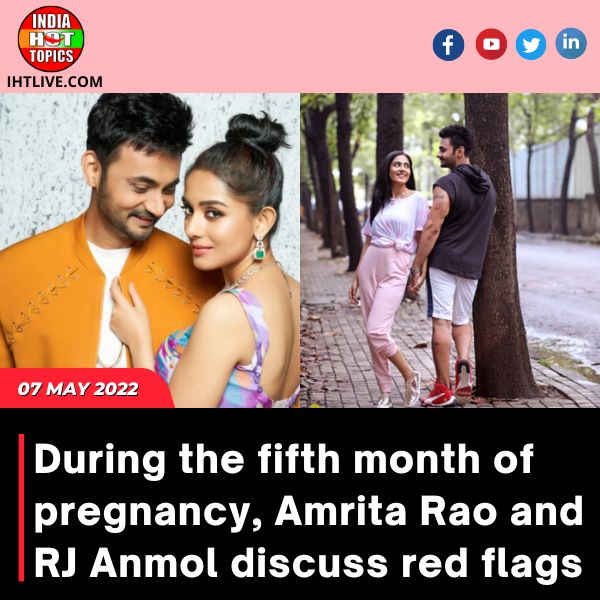 Actress Amrita Rao and her husband RJ Anmol discussed how they spent the first few months of their pregnancy in a nationwide lockdown due to Covid-19. Amrita and RJ Anmol revealed on their YouTube channel, Couple of Things, that they learned of their pregnancy on March 11, 2020, and the lockdown was announced ten days later. They also discussed the red flags they discovered during Amrita's five-month pregnancy.

The couple said that letting go of their home was beneficial. Amrita remembered beginning to prepare their meals. Amrita explained, "It was one of the most difficult periods of my life. Because you're experiencing a new sensation in your body and aren't sure what will happen next... I used to make breakfast because I couldn't cook anything else." She went on to say that preparing a meal took her two hours and that she was always hungry afterward.

Amrita also discussed the moment she received Anmol's pregnancy confirmation. "I was sitting at our bedroom's dressing table, looking down a long corridor. When Anmol arrived, he opened the door and looked at me, saying (makes a face). I deduced from your expression that 'okay'!"

During the fifth month of their pregnancy, Amrita and Aditya got a shock from their doctor. I was shocked, I was oh my God. At that time you feel if there's a U-turn from here! I was feeling a bit weird, she said. She also revealed that she had an apprehension, a fear of pregnancy.