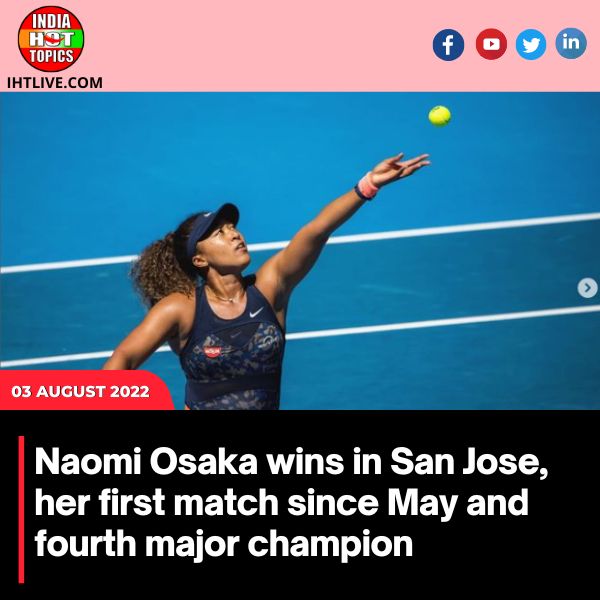 Naomi Osaka wins in San Jose, her first match since May and fourth major champion

At the Mubadala Silicon Valley Classic, four-time major champion Naomi Osaka defeated Zheng Qinwen by scores of 6-4, 3-6, and 6-1 to win her first match since May.

In the tournament on hard courts that served as a warm-up for the U.S. Open, Osaka hit 11 aces and defended seven out of eight break points.

Osaka hadn't competed since May 23, when she lost to Amanda Anisimova in the first round of the French Open.

Her left Achilles tendon was bothering her during that loss, and she cited that lingering injury when withdrawing from Wimbledon in June.

Coco Gauff, who defeated Anhelina Kalinina 6-0, 6-1, is Osaka's next opponent. Osaka has a 2-1 advantage in their head-to-head matchup thanks to her victory over Gauff at the 2019 U.S. Open. Gauff finished second at the French Open this year.

Bianca Andreescu, the 2019 winner at Flushing Meadows, lost on Tuesday in San Jose after Shelby Rogers defeated her 6-4, 6-2.