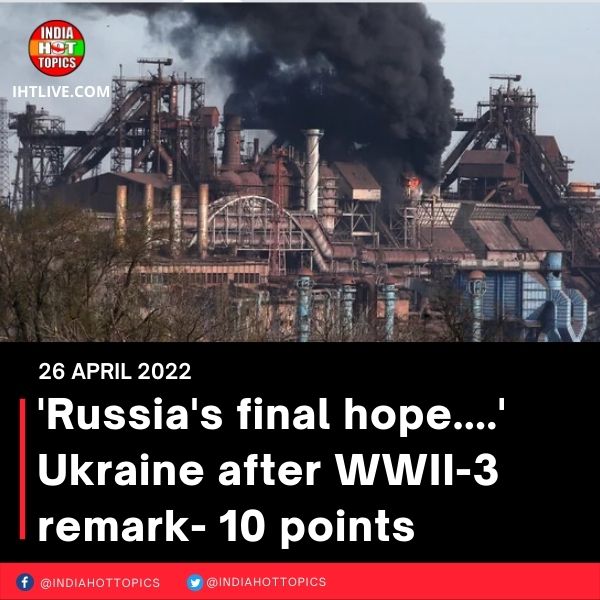 Here are the 10 latest developments of Russia's invasion of Ukraine:

1. The third round of talks with Ukraine were focussed on opening humanitarian corridors from Ukrainian cities under fire.

2. Kyiv's presidential advisor Mikhailo Podolyak, however, indicated that there was some progress,

3. Earlier today, Ukraine rejected a Russian plan for a humanitarian corridor to Kyiv, Mariupol, Kharkiv and Sumy to Russia and Belarus. Russia also said it would begin airlifts to take Ukrainians from Kyiv to Russia.

5. The mayor of Sumy, Alexander Lysenko with the commander of the national battalion, has announced that there "will be no green corridors, not a single civilian will go to Russia, and those who try to do this will be shot."

6. Russia announced a ceasefire in Kyiv, Kharkiv, Mariupol and Sumy from 12.30 pm IST on Monday. But this too fell through after Ukraine rejected the corridor plan.

8. PM Modi had also stressed on the importance of safe evacuation of Indian citizens from Sumy at the earliest. President Putin had assured PM Modi of all possible cooperation in their safe evacuation, government sources said.

9. The United Nations' top court is hearing Ukraine's appeal for an emergency ruling requiring Russia to stop its invasion. Kyiv lodged the urgent case on February 27, saying Russia had illegally justified its war by falsely alleging genocide in Ukraine's Donetsk and Lugansk regions. Russia has declined to attend the hearing.

10. Russia's invasion of Ukraine, now in its twelfth day, has seen more than 1.5 million people flee the country in what the UN has called Europe's fastest-growing refugee crisis since World War II.