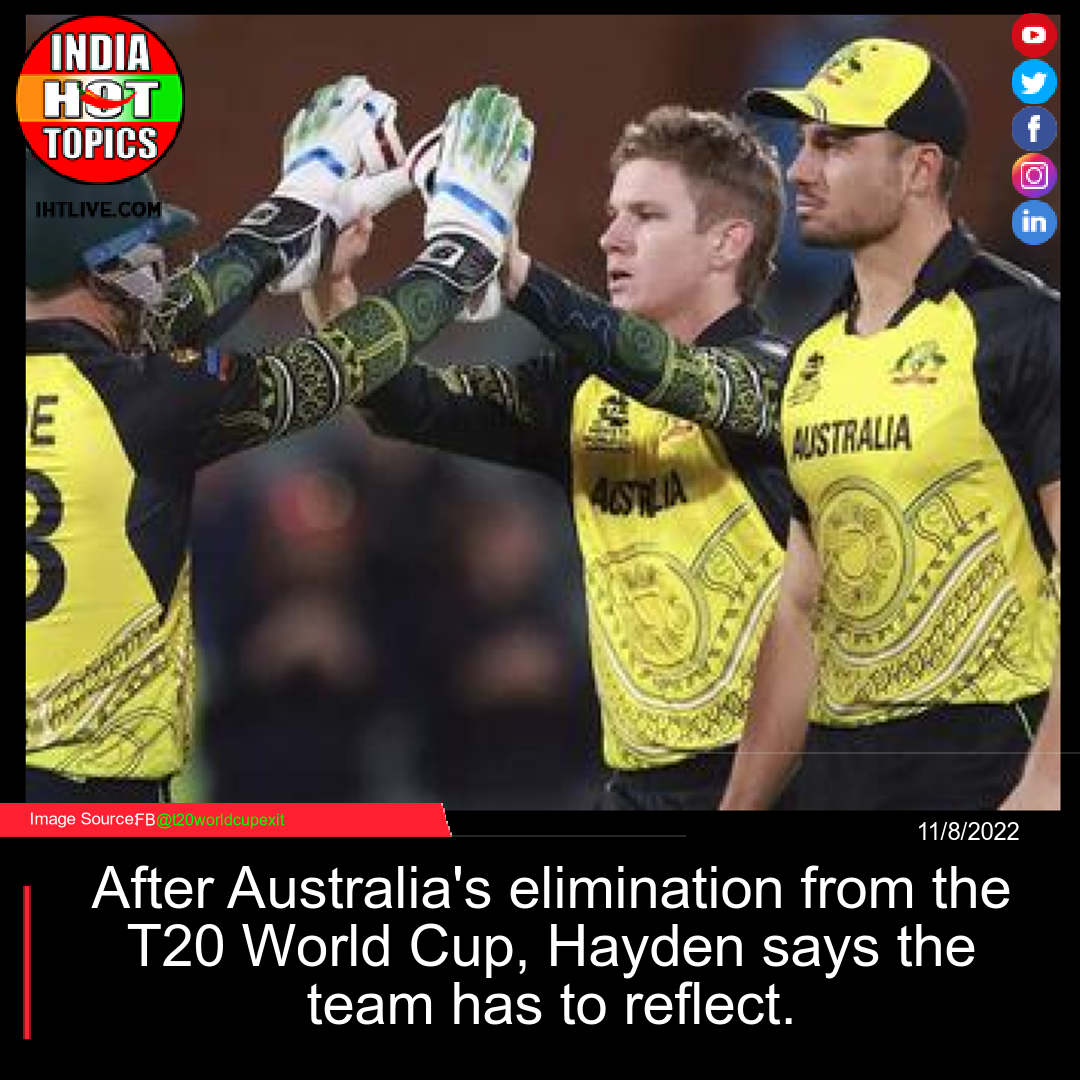 Following the team’s early withdrawal from the T20 tournament on home soil, Matthew Hayden has challenged Australia’s selectors to be harsh as they prepare for future World Cups.

The 2024 T20 World Cup in the West Indies and the United States is anticipated to see a considerable player turnover, although there is still the ODI World Cup in India in October of this year. By selecting a full-strength team to play England later this month, the selectors have taken the first step toward that event, giving Travis Head the chance to firmly establish himself as Aaron Finch’s replacement at the top of the order.

“That first game, to be defeated so thoroughly, is where it went wrong.”
George Bailey, a selector for Australia Only one change was made from the squad that won the 2021 T20 World Cup in the UAE with Tim David replacing Mitchell Swepson although Cameron Green replaced Josh Inglis.

Expectations are very high every time an Australian team competes in a significant series or event, according to Bailey. Starcy specifically: “It was a tactical decision, it was a match-up decision. People can make of it what they will. And they are.” “We’re unhappy we’re not participating from this point on in the semis.”

Bailey concurred, though, that Australia’s tournament had too much catching up to do with the opening 89-run loss to New Zealand at the SCG. The batters might have made a better decision to reduce the margin of defeat when winning was impossible, according to assistant coach Daniel Vettori. The fact that we fell so far behind the net run rate implied that several factors were likely beyond our control, according to Bailey. “Following that, you give them chances to try and recover some of that net run rate, but you also have to give other teams credit. That first game, where it was so easily defeated, was where things went awry. You are likely having a different conversation if you believe that the batting order should be able to reach 140–150.”