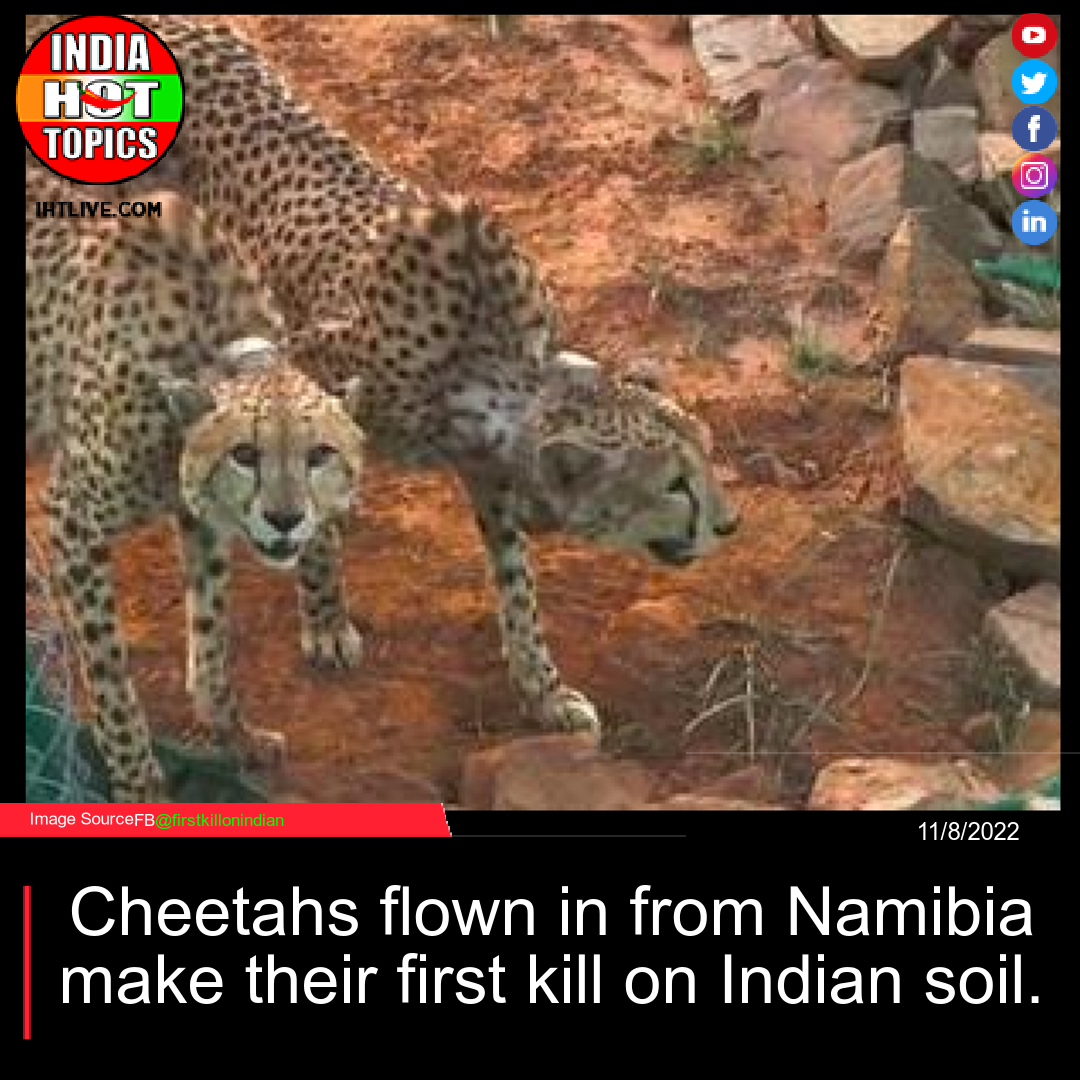 Within 24 hours of being released into a larger enclosure, two male cheetahs imported from Namibia to the Kuno National Park in Madhya Pradesh, made their first kill, an official reported.

According to the official, the cheetahs hunted down a cheetal (spotted deer) either on November 6 at night or in the early morning hours of November 7.

According to the official, this was their first catch following their mid-September relocation with six other cheetahs from Namibia to India.

After being isolated since September 17, the cheetahs Freddie and Elton became the first couple to be allowed into the bigger cage on November 5.