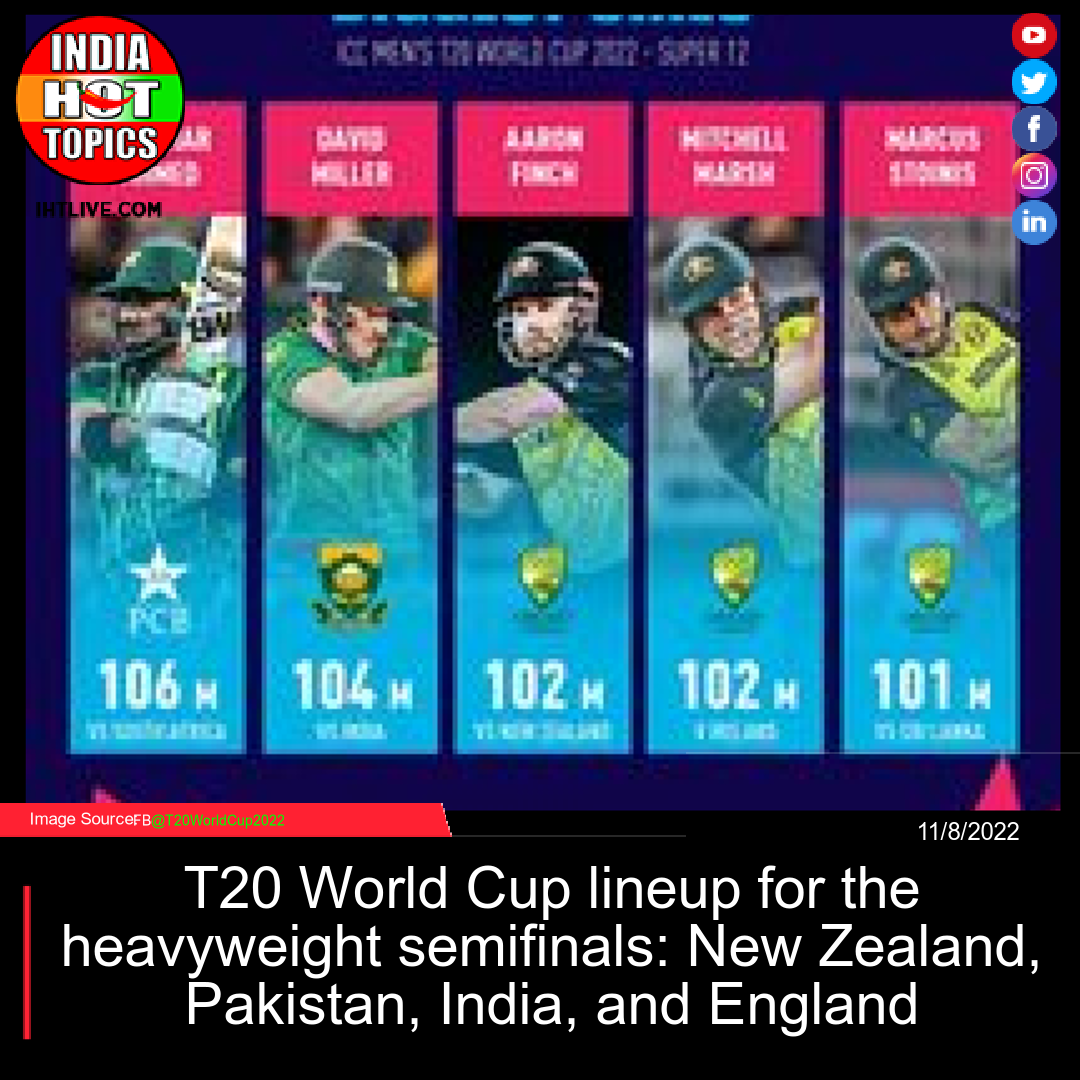 The 2022 men’s T20 World Cup has reached the semifinal round after three weeks of exhilarating cricket, and two intriguing match-ups are scheduled to take place before Sunday’s grand finale.

Although the host nation’s participation in the final rounds of a competition is always likely to increase interest and intensity, this seems to be a unique instance where Australia’s exit won’t lessen the show.

In that order, the top five T20 teams in international cricket are India, England, Pakistan, and New Zealand.

When New Zealand plays Pakistan on Wednesday and England plays India on Thursday, there will be a tonne of star power, and each team is likely to have fan bases that can keep up with the calibre of the cricket. Both games, which kick off at 8 a.m., will be broadcast live in their entirety on Sky Sports, with Sunday’s final following immediately after.
Before the competition approaches what should be an exciting conclusion, here is all you need to know about the semi-final matchups.

New Zealand versus Pakistan
For England supporters, it may only be the appetiser before the main course, but the opening semi-final on Wednesday is a heavyweight contest.

New Zealand were runners-up to Australia at last year’s World Cup in the United Arab Emirates. Kane Williamson scored 61 from just 35 balls against Ireland in Super 12. The Black Caps also bowled out both Australia and Sri Lanka with excellent bowling performances. They are the least favoured of the remaining teams to reach the last four. The match will be held at the SCG, which has played host to only two scores of 200 or more this tournament.

England vs. India
The world’s top-ranked team, India, will face the No. 2 team in the rankings, England, in the second semi-final, which is as good as it gets.

India and England, two of the top teams in world cricket, are both vying for their second T20 championships after failing to build on their respective victories in the inaugural 2007 and 2010 competitions, respectively.
Even with a low-scoring loss to South Africa in Perth sandwiched between easy victories over the Netherlands, Bangladesh, and Zimbabwe, Virat Kohli’s stunning performance against Pakistan put India on the road to a relatively low-stress journey to the last four.

England must break through India’s experienced opening partnership of KL Rahul and Rohit Sharma. Jasprit Bumrah has been ruled out of the tournament with a shoulder injury. England have taken a strength in numbers approach to bowling so far with seven different options. Mark Wood warmed up for the semis with three wickets against Sri Lanka.