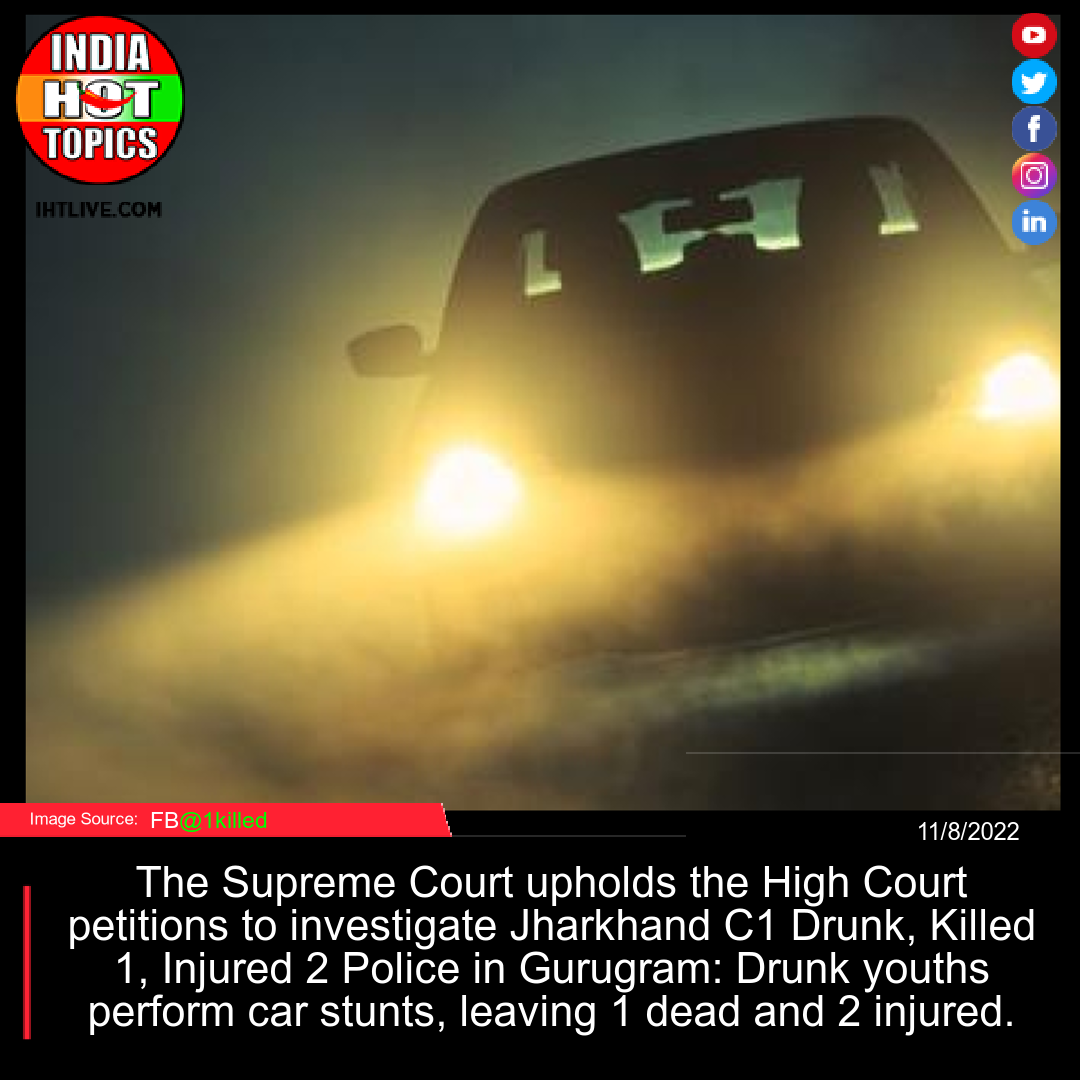 Police in Gurugram: Drunk youths perform car stunts, leaving 1 dead and 2 injured.
The victim, according to the police, has not yet been named but appeared to be a rag collector. (Representational)

Eight persons were detained on Monday in Gurugram in connection with the death of a 50-year-old man who was struck by a driver performing tricks with his automobile while reportedly intoxicated in Udyog Vihar Phase-4.
They said that two four-wheelers had been taken from the accused’s possession.

According to the police, Ashok was detained in the late afternoon, while Rahul, Vikas alias Vicky, Mohit, Mukul Soni, and Saurabh Sharma alias Saiby were detained in the morning.

They claimed that all of them—aside from Ashok—were presented before a city court, which remanded them to judicial custody.

“Working for a tour operator were Saurabh Sharma, Mukul Soni, and Luv. While Mohit is a computer operator at the office of the additional deputy commissioner, Rahul works for a private enterprise. Brothers Vikas and Ravi “a senior policeman stated.

Two other persons were hurt in the event on Sunday in addition to the deceased.

Around 2 am, according to witnesses, three vehicles—a Maruti Ertiga, a Hyundai Venue, and a Hyundai Creta—were used by 10 to 12 adolescents to conduct antics in front of a liquor store.

One of the two injured, complainant Annu Kumar Gupta, claimed to work at a bar nearby the accident scene.

“Me and Sushil were struck by the person driving the Ertiga. Another individual was on the road and was killed in the collision, “Gupta complained, saying.

According to the police, the victim has not yet been named, although he appeared to be a rag collector and was about 50 years old.

At the Udyog Vihar police station, a FIR was filed. “A middle-aged man lost his life as a result of accused Saurabh’s two stunts: the first involved a driving stunt, and the second involved hitting three persons outside a bar with the purpose to kill them. We have detained each and every culprit, “ACP (crime) Preet Pal Singh Sangwan stated.