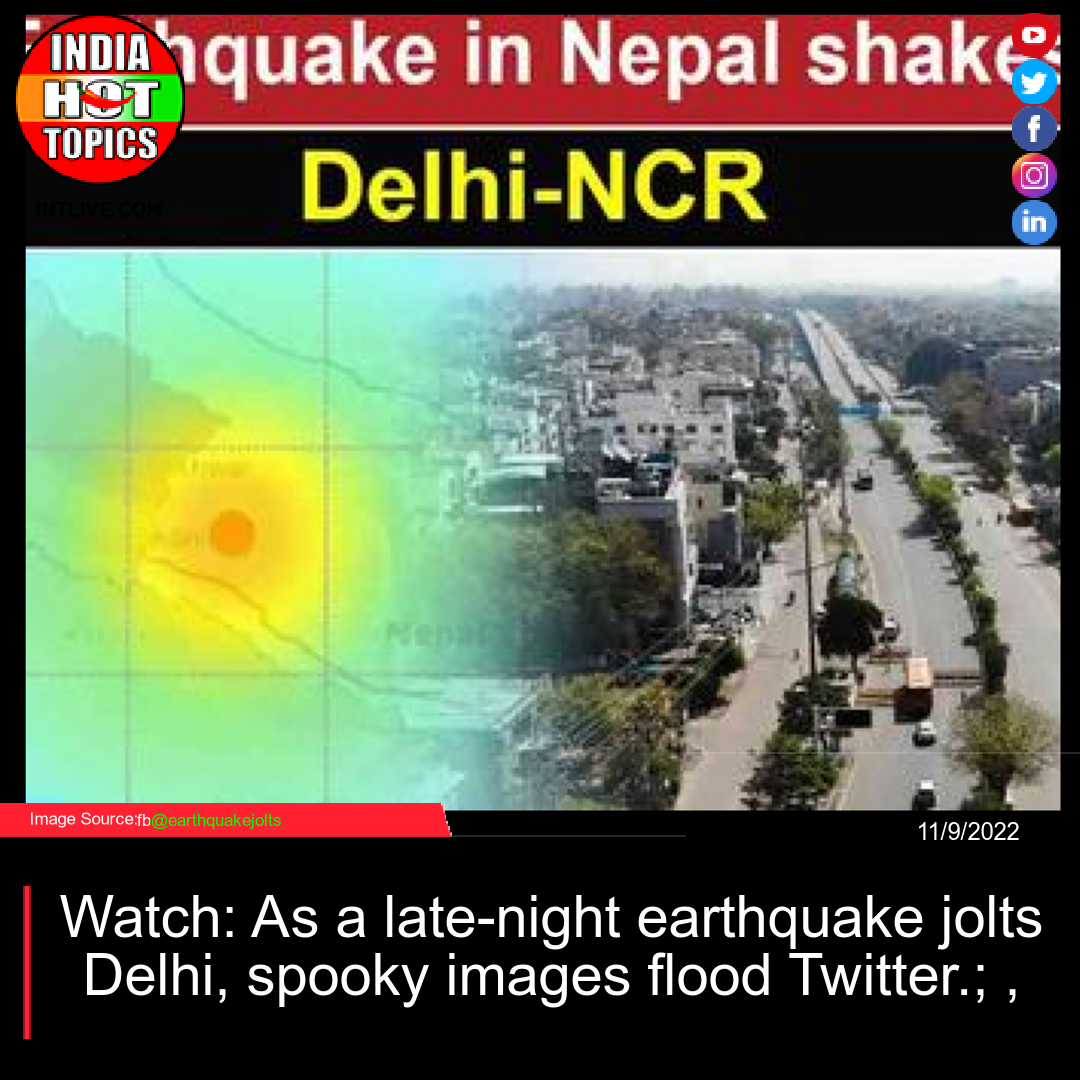 In the early hours of Wednesday, tremors were reported in New Delhi, surrounding areas, and other parts of north India. Around 1:57 am, the nation’s capital and surrounding territories felt the 6.3-magnitude earthquake that had its epicentre in Nepal. Many of the locals in these areas posted videos and pictures of shaking things and people emerging from their homes on social media platforms as they described their experiences.

A passenger at New Delhi Railway Station was quoted by news agency ANI as saying, “We felt the tremors as we were getting off an auto. The auto driver also got worried, and when I looked around, I could see others felt it too. It ceased shortly after.”

The news agency quoted Ramesh, an auto-driver, as saying, “I was taking a passenger on the ride. We felt the shakes of the earthquake. The passenger deboarded. We felt it for quite a while.”

The earthquake had the greatest impact in Nepal, where the Doti district recorded three fatalities. According to the National Seismological Centre of Nepal, three tremors—two earthquakes and one after shock—were registered in the far-western region of Nepal over the course of the previous 24 hours.