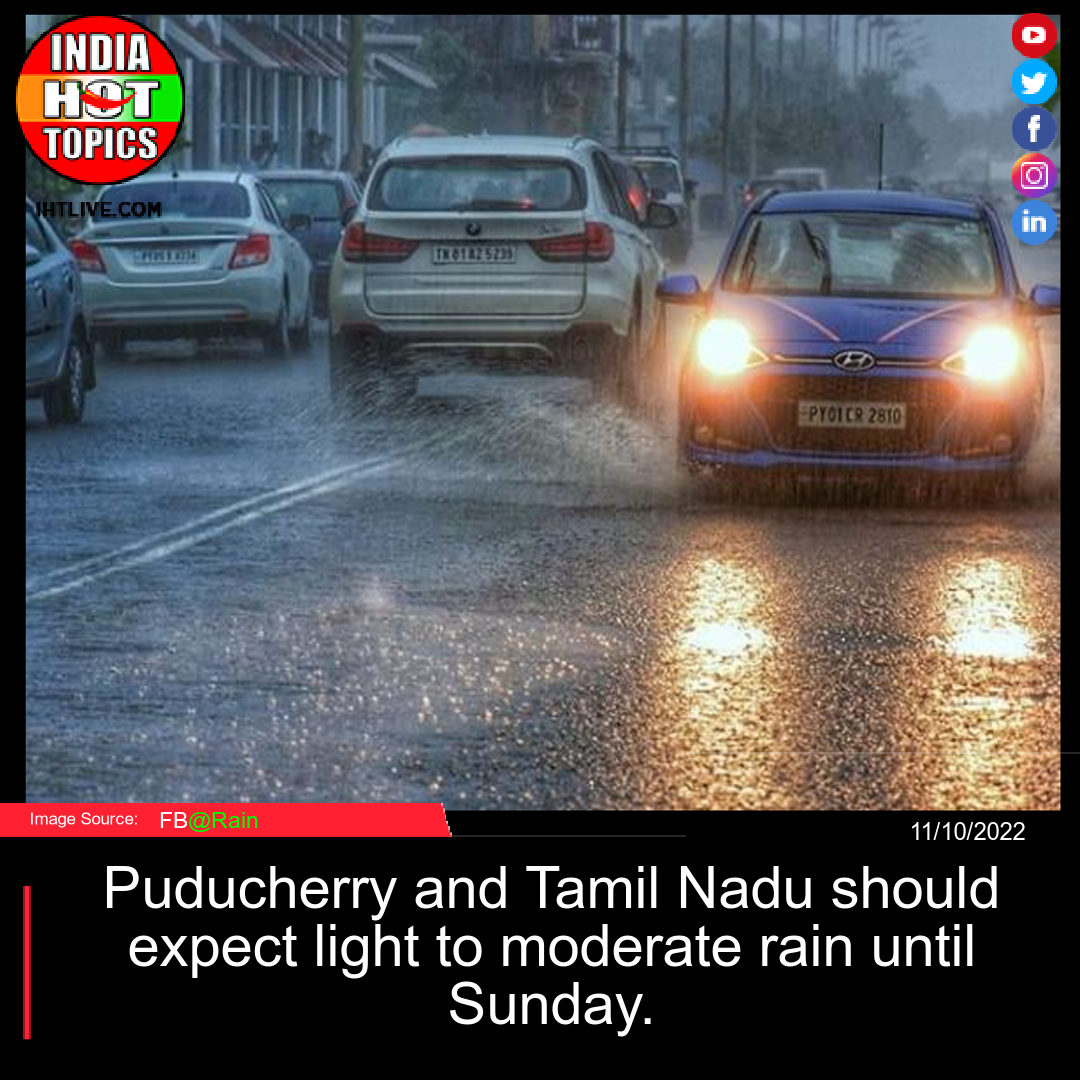 Up until Sunday, there was a good chance that Tamil Nadu and Puducherry would experience fairly widespread light to moderate rainfall, thunderstorms, and lightning because a low-pressure area had formed there on Wednesday and a cyclonic circulation was over the southwest Bay of Bengal and bordering the equatorial Indian Ocean.

Mid-tropospheric levels were reached by an accompanying cyclonic circulation. Over the next two days, it is predicted to grow more noticeable, according to the India Meteorological Department (IMD). “It is quite likely to advance approach the beaches of Tamil Nadu and Puducherry towards the northwest… In Tamil Nadu, Puducherry, and Karaikal between November 9 and November 13, light to moderate rainfall with isolated heavy falls, thunderstorms, and lightning are extremely likely under its influence, according to the IMD. In addition to Kerala and coastal Andhra Pradesh, the IMD predicted rain in Rayalaseema. In addition, the west-central Bay of Bengal, Gulf of Mannar, Comorin, and along and off Tamil Nadu were all expected to have squally weather (speeds reaching 45-55 kmph with gusts to 65 kmph) till Saturday. Fishermen are cautioned from visiting these regions at the same time.