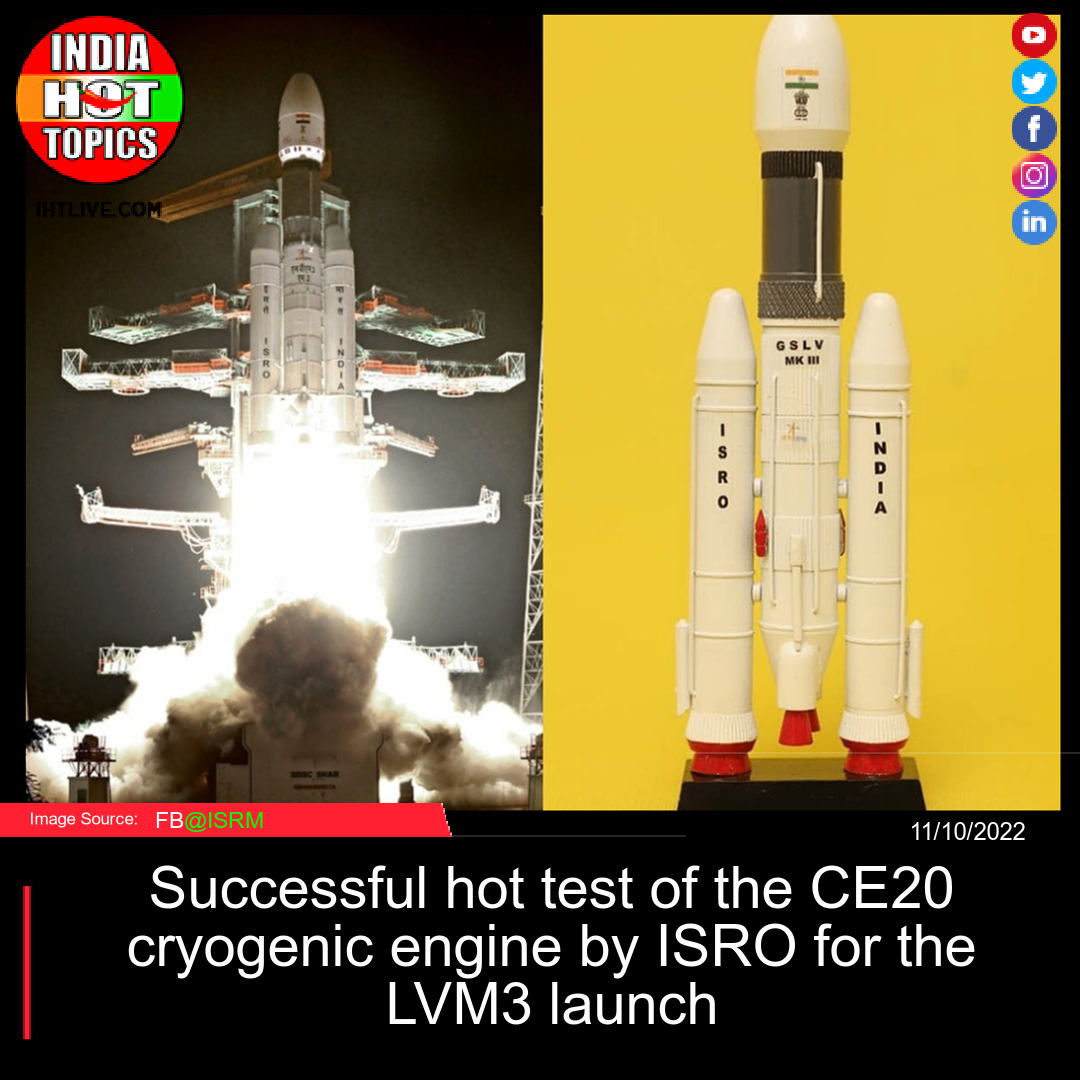 Late on Wednesday night, the Indian Space Research Organisation (ISRO) successfully completed the hot test of the CE20 cryogenic engine that was locally designed for LVM3 at an increased thrust level of 21.8 tonnes.

With higher propellant loading, ISRO scientists predicted that the LVM3’s payload capability will increase to 450kg.

The addition of a thrust control valve (TCV) was one of the test article’s most significant alterations as compared to earlier engines. Additionally, the engine’s LOX and LH2 turbine exhaust casings were for the first time installed, according to a statement from ISRO on Thursday. ISRO is working to add to the weightlifting capacity of its heaviest rocket– Launch Vehicle Mark-3– for its second launch scheduled for early next year. The space agency is expected to complete the qualifying tests for the semi-cryogenic stage of the LVM3 rocket in a couple of months.